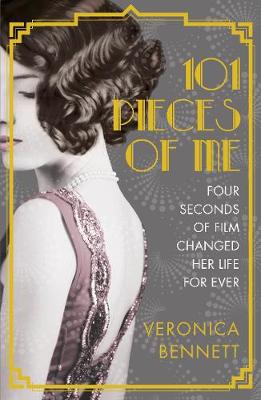 Reviews
Great for age 12-18 years
Is a life in film right for Sarah? Set in the late 1920s against the backdrop of the early days of British cinema, this story is told in 101 numbered parts. By 1925, the rate of 24 frames per second had been established worldwide for silent films. So 101 frames - the "pieces" of the title - make about four seconds. Four seconds of film is enough for 16-year-old Sarah Freebody to become an object of fascination for a young producer who will not rest until he has secured her for his next project. Sarah becomes Clara Hope, acts in films, meets exciting people, falls in love and, in the end, has to decide whether a life in film is right for her.

There are 272 pages in this book. This book was published 2015 by Walker Books Ltd .

Veronica Bennett graduated from University College, Cardiff. She was an English lecturer for several years before becoming a successfully published children's author. She lives in Middlesex.