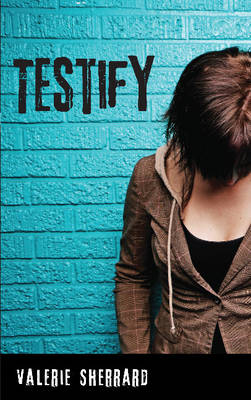 Short-listed for the Forest of Reading Red Maple Award, 2012

Before you judge me, there are two things you should know about why I did it.

Shana Tremain is a good kid. She knows right from wrong and she's never been in any serious trouble. But when her best friend, Carrie, comes to her for help, Shana agrees to break the law to save Carrie from a molester. She even feels good about it for a while.

Then trouble starts. Someone in their group of friends is stealing from the others. As she searches for the truth, Shana uncovers evidence that raises a terrifying question: Has she made a horrible mistake?

Faced with the reality of what she's done, Shana finds herself trapped in a web of her own lies and deceit. Can she convince the right people that she's telling the truth now? Either way it's clear someone is going to pay a terrible price for her crime.

This book was recognised in the Red Maple Award category by the Ontario Library Association Forest of Reading Awards.

There are 144 pages in this book. This book was published 2011 by Dundurn Group Ltd .

Valerie Sherrard has written more than a dozen novels for young people, including the Shelby Belgarden Mysteries, Watcher, Sarah's Legacy, Speechless , and her first historical novel, Three Million Acres of Flame . Her work has been shortlisted for numerous Canadian awards, including the Ann Connor Brimer, Red Maple, and Snow Willow Awards. She lives in Miramichi, New Brunswick.