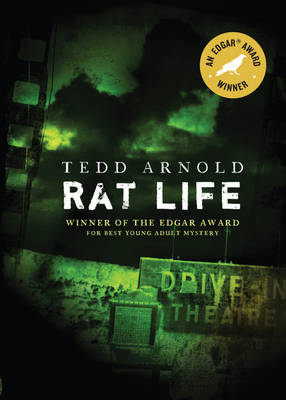 Reviews
Great for age 12-18 years
The dead body found in the river has nothing to do with Todd. Sure, a murder is big news, but what would really interest him? A paying job. Then he meets Rat, who's already been to Vietnam. And when he offers Todd a gig at the drive-in theater, Todd takes it. But hanging out with Rat leads to a host of perplexing questions. More and more, that corpse from the river is on Todd's mind, and no matter how he shifts the pieces around, Rat is always part of the puzzle.

Tedd Arnold is the author and illustrator of the bestselling Fly Guy series and the illustrator of more than 60 books, including DETECTIVE BLUE. He has received Theodor Seuss Geisel Honors for HI! FLY GUY and I SPY FLY GUY! Tedd lives with his wife, Carol, in Florida.

Edgar Allen Poe Award for YA
Coming Of Age in fiction