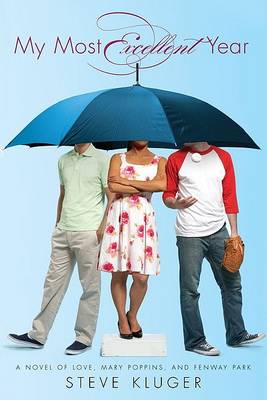 My Most Excellent Year: A Novel of Love, Mary Poppins, and Fenway Park

Reviews
Great for age 11-18 years
Best friends and unofficial brothers since they were six, ninth-graders T.C. and Augie have got the world figured out. But that all changes when both friends fall in love for the first time. Enter Al?. She's pretty, sassy, and on her way to Harvard. T.C. falls hard, but Al? is playing hard to get. Meanwhile, Augie realizes that he's got a crush on a boy. It's not so clear to him, but to his family and friends, it's totally obvious! Told in alternating perspectives, this is the hilarious and touching story of their most excellent year, where these three friends discover love, themselves, and how a little magic and Mary Poppins can go a long way.

There are 403 pages in this book. This book was published 2009 by Penguin Putnam Inc .

Diary Books for YA
Dating And Sex in fiction