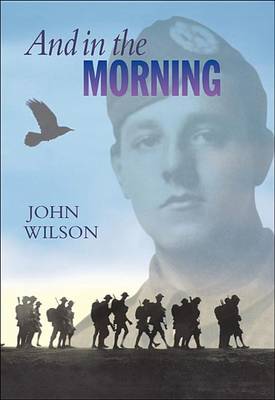 And in the Morning

Reviews
Great for age 10-18 years
In this novel by John Wilson, Jim Hay is fifteen, thinks war is a glorious adventure and cannot wait for his turn to fight. But as his father boldly marches off to battle in August, 1914, Jim must be content to record his thoughts and dreams in his journal. Gradually, Jim's simple life begins to unravel. His father is killed in action, his mother suffers a breakdown, and when he does at last join up, it is as much to find a refuge as it is to seek glory. What Jim discovers in the trenches of France is enough to dispel any romantic view of war. And while his longing for adventure is replaced by a basic need to survive, the final tragic outcome is one he never dreamed of.

John Wilson was born in Edinburgh, Scotland, and is the author of numerous books for young people. He has written other Stories of Canada titles, including Righting Wrongs and Discovering the Arctic , both of which were shortlisted for the Norma Fleck Award for children's non-fiction. He lives in Lantzville, British Columbia.