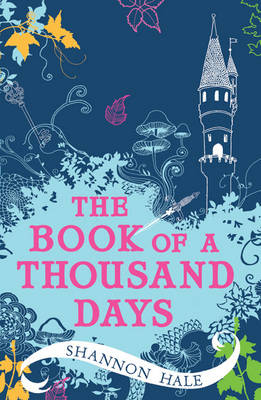 Book of a Thousand Days

Reviews
Great for age 8-18 years
When a beautiful princess refuses to marry the prince her father has chosen, her father is furious and locks her in a tower. She has seven long years of solitude to think about her insolence. But the princess is not entirely alone - she has her maid, Dashti. Petulant and spoilt, the princess eats the food in their meagre store as if she were still at court, and Dashti soon realises they must either escape or slowly starve. But during their captivity, resourceful Dashti discovers that there is something far more sinister behind her princess's fears of marrying the prince, and when they do break free from the tower, they find a land laid to waste and the kingdom destroyed. They were safe in the tower, now they are at the mercy of the evil prince with a terrible secret. Thrilling, captivating, and a masterful example of storytelling at its best. The princess's maid is a feisty and thoroughly modern heroine, in this wonderfully timeless story.

There are 320 pages in this book. This book was published 2009 by Bloomsbury Publishing PLC .

Goose Girl is Shannon Hale's powerful debut in the world of children's fiction. She lives in Utah with her husband and their pet, a small plastic pig.

Diary Books for YA
Love And Romance in fiction