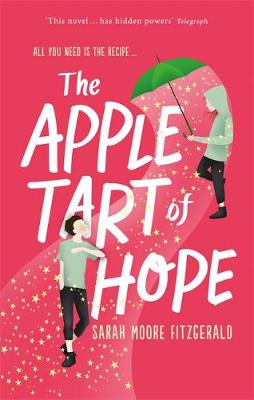 'A moving and poignant tale about the redemptive power of friendship' - Louise O'Neill, bestselling author of Asking for It

His bike was found at sea, beyond the pier, and everyone in town has accepted this as a teenage tragedy.

Except for his best friend, Meg.

This book was recognised by the Independent Booksellers Award.

There are 272 pages in this book. This book was published 2015 by Hachette Children's Group .

Sarah Moore Fitzgerald was born in New York in 1965 but grew up in Co. Dublin. She's a professor of Creative Writing at the University of Limerick. She runs regular writers' retreats for academics and students in Ireland and internationally.