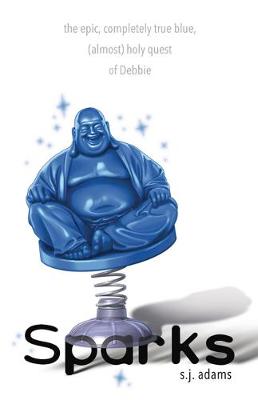 Reviews
Great for age 12-18 years
Since sixth grade, Debbie Woodlawn has nursed a secret, heart-searing crush for her best friend, Lisa. Side by side, they watched countless 80s sit-coms and took vows of premarital chastity. But Debbie's never really been a fan of Full House or abstinence rallies, and all those years of pretending go down the drain when Lisa hooks up with the most boring guy at school. This earth-shattering event provokes Debbie to do the unthinkable: confess her love to Lisa. But first, Debbie embarks on a holy quest guided by the two founding-and only-members of a wacky, made-up faith called the Church of Blue. Their fast-paced, hilarious adventure leads to nudity in a church coat closet, an unexpected kiss in a cemetery, and eye-opening revelations about someone Debbie's been ignoring far too long-herself.

This book was recognised by the Stonewall Book Award.

There are 240 pages in this book. This book was published 2011 by North Star Editions .

S. J. Adams previously worked as the chief of the Smart Aleck Staff, the team that created the acclaimed Smart Aleck's Guide to American History by Adam Selzer. Adams lives in Chicago. Visit the author online at smartalecksguide. com or SJAdamsbooks. blogspot. com for more information.