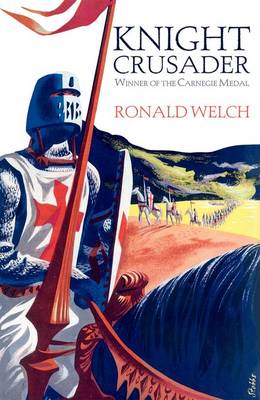 Reviews
Philip d'Aubigny is a young knight in the kingdom of Outremer and can't wait to prove himself. His chance comes when he rides into battle to defend his home from attack by Saracen leader, Saladin and his army. But after a disastrous campaign, Philip is taken prisoner by the Turks and must work as a servant-and all the while he is plotting his escape. At last his opportunity arrives and Philip flees, joining Richard the Lionheart in his victorious Third Crusade before finally travelling to Britain to claim his family's estate. Only when he arrives, he finds he must once again go into battle . . . This exciting tale has captured the hearts and imaginations of young readers for many years and was the winner of the prestigious Carnegie Medal. This edition features the original black and white illustrations throughout which perfectly evoke the atmosphere of the story.

There are 368 pages in this book. This book was published 2013 by Oxford University Press .

Ronald Welch (Ronald Oliver Felton) was born in Glamorgan and for much of his life was a teacher of history, and Headmaster of Okehampton Grammar School. He fought in the Welch Regiment during World War Two. He published a number of historical novels for children, including Knight Crusader in 1954, for which he won the Carnegie Medal. Ronald Welch died in 1982.