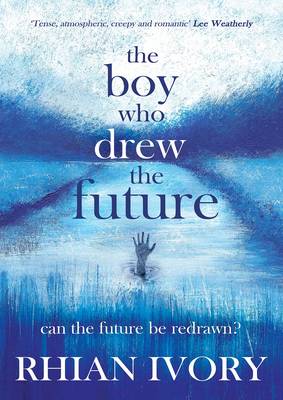 Boy Who Drew the Future

Reviews
Great for age 12-18 years
Nominated for the Carnegie Medal 2017. Fifteen-year-old Blaze and Noah live in the same village, Sible Hedingham, more than 100 years apart. They both have the same gift or curse - they find they must draw pictures that later come true. In the 1860s Blaze is bullied, cheated and accused of being a witch and 'swam'. In the present day, Noah is used to everyone, even his parents, being afraid of him and is desperate to keep his drawing a secret. But as he gets closer to Beth, he must decide whether or not he can tell her the truth. Can Blaze's history help Noah and Beth work out their own story? Can the future be changed?

There are 185 pages in this book. It is a novel. This book was published 2015 by Firefly Press Ltd .

Rhian Ivory was born in Swansea and grew up in Hereford and the Brecon Beacons. Her previous novel, The Boy Who Drew the Future (Firefly Press), was nominated for the Carnegie Medal 2017 and shortlisted for four regional library awards. She has also written four novels for Bloomsbury as Rhian Tracey. Rhian teaches Creative Writing and a Children's Literature course for the Open University and is a National Trust writer in residence and a Patron of Reading in Buckinghamshire. She lives in Northamptonshire with her family. Hope is her sixth novel.