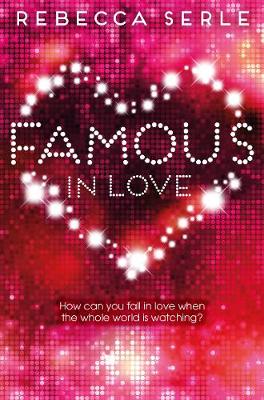 Reviews
Great for age 12-18 years
Paige doesn't think she's particularly special, but after getting the starring role in a massive film adaptation of the bestselling Locked trilogy, the rest of the world would disagree. Now she's thrown into the spotlight, and into a world of gossip, rumour and deceit. The only people who know what she's going through are her two male co-stars, and they can't stand the sight of each other. Paige knows it's a mistake to fall in love on the set of a movie, but days of on-screen romance and intensity start to change her mind. The question is, can she keep what happens behind the scenes a secret when the world is watching her every move?

There are 321 pages in this book. This book was published 2014 by Pan Macmillan .

Rebecca Serle is the author of "When You Were Mine," and is an obsessive lover of all things pop culture. She blogs about "The Vampire Diaries" for "New York Magazine"'s Vulture, and can be found on Twitter @RebeccaASerle. She, like Caggie, lives in Manhattan--just far from the Upper East Side.