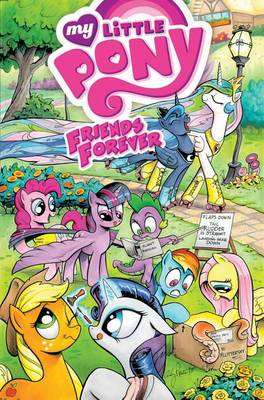 This book features in the following series: Friends Forever, My Little Pony .

Tony Fleecs is the writer and artist of In My Lifetime, an autobiographical comic book. First published in 2006, 'Lifetime was an immediate critical success, featured twice in Wizard Magazine, in the Comic Buyer's Guide and on the Ain't-It-Cool-News. Fleecs has since been a contributor to anthologies including; Postcards: True Stories that Never Happened (nominated for the 2008 Eisner and Harvey awards for best anthology), Boom Studios' Pulp Tales and C. B. Cebulski's Wonderlost. He and writer, Josh Fialkov, provided the Li'l FireBreather backup stories for Phil Hester's 2nd FireBreather series at Image Comics. Last year saw his first work for hire writing work when he scripted the comic book adaptation of the classic John Holmes film, Tell Them Johnny Wadd Is Here, widely regarded as the first comic book based on a porno to not be completely awful. His company Fleecs Design (who's talent roster includes only himself) has a client list that features Disney, 20th Century Fox, Bongo Comics, Marvel/Rittenhouse, The Milwaukee Brewers, Cincinatti Bengals, Pittsburgh Steelers, Stan Lee's POW! Entertainment, The Weinstein Company, Monster Garage, Taco John's, major hospitals, insurance providers and banks. His comics have been published by Random House (Villard), Image Comics, Silent Devil Productions, Boom!, IDW and Terminal Press. Michael Vogel has worked in animation for over a decade. But after years of pretending to be an adult, he decided to be honest. and he now works from home as a writer and producer. This is his first children's book. Amy Mebberson is a comic artist, illustrator and designer. She has worked on some of the world's most beloved brands, from ponies to princesses. My Little Pony has been delighting fans of every age and gender all around the world for over three decades. Join Twilight Sparkle and her friends Rainbow Dash, Applejack, Fluttershy, Pinkie Pie and Rarity as they share their love of adventure, magic and friendship. Agnes Garbowska was born in Poland and came to Canada when she was four years old. Being an only child she escaped into a world of books, cartoons, and comics. Fueled by all the imaginary worlds her interest in art grew. Agnes has worked with many of the major comic book publishers, most recently illustrating titles for My Little Pony for IDW, Victories for Dark Horse, Li'l Vampi for Dynamite Entertainment. She has worked with Marvel Comics, providing artwork for Girl Comics and Spider-Ham 25th Anniversary Special. She is also the artist on this years Halloween Comic Fest comic, The Adventure of Ernie from Aspen Comics. Jeremy Whitley is an American comic book writer and artist, known as the creator of the series Princeless . In 2011 Whitley joined Action Lab Entertainment as their official Director of Marketing and head of PR, where he handles solicitations, reviews, press releases, and interviews. Jeremy has also co-written licensed properties from the publisher including the 2012 digital mini-series GlobWorld and the ongoing series NFL RushZone . In addition to his original creations, he has also been a regular writer for IDW's My Little Pony comics. Ted Anderson is a librarian, educator, and writer with a deep interest in children's and YA media. He has written fiction, nonfiction, original, and licensed comics and is a halfway decent cook. He lives in Minneapolis with no regrets. Follow him on twitter at tedlyanderson. Brenda Hickey is a comic artist and writer from Prince Edward Island, Canada. She's had an unhealthy obsession with the comics art form from a very young age, and can't remember a time when she wasn't drawing. In 2007 she graduated from the Holland College Graphic Design program in her home town of Charlottetown, and had a short stint working in layouts in animation. Now she mainly focuses on comics, and her most well known work is on IDW's My Little Pony: Friendship is Magic series. Other works include her self published mini series Tatian in Halls of the Turnip King , her webcomic series In the Air, comic issues for Bayer Medical, as well as contributions to several comic anthologies. 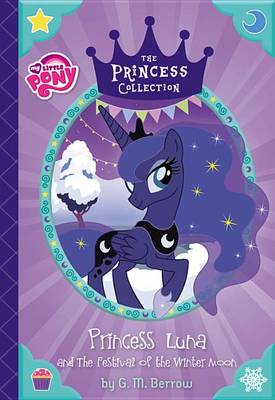 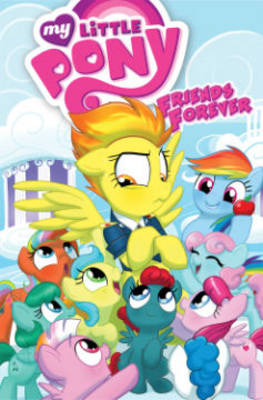 The tales of friendship and fun continue! Granny visits an apple convention...More 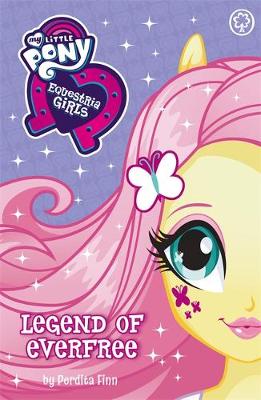 In the human world, far from Equestria, there are some very familiar girls....More 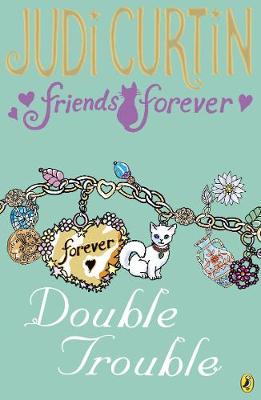 Hi! I'm Lauren and lately I've discovered something strange about my cat Sa...More