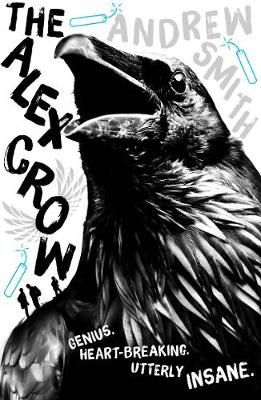 Reviews
Great for age 12-18 years
From the critically acclaimed author of cult teen novel Grasshopper Jungle, Andrew Smith, comes a startlingly original tale of friendship and brotherhood, war and humanity, identity and existence. Ariel, the sole survivor of an attack on his village in the Middle East is `rescued' from the horrific madness of war in his homeland by an American soldier and sent to live with a family in suburban Virginia. And yet, to Ariel, this new life with a genetic scientist father and resentful brother, Max, is as confusing and bizarre as the life he just left. Things get even weirder when Ariel and Max are sent to an all-boys summer camp in the forest for tech detox. Intense, funny and fierce friendships are formed. And all the time the scientific tinkerings of the boys' father into genetics and our very existence are creeping up on them in their wooden cabin, second by painful second . . . An immersive read for fans of Michael Grant, John Green, Stephen King, and Sally Green's Half Bad novels. Andrew Smith has always wanted to be a writer. After graduating college, he wrote for newspapers and radio stations, but found it wasn't the kind of writing he'd dreamed about doing. Born with an impulse to travel, Smith, the son of an immigrant, bounced around the world and from job to job, before settling down in Southern California. There, he got his first `real job', as a teacher in an alternative educational program for at-risk teens, married, and moved to a rural mountain location. Smith has now written several award-winning YA novels including Winger, Stick, and Grasshopper Jungle. Praise for Grasshopper Jungle 'Grasshopper Jungle is what would happen if Kurt Vonnegut wrote a YA book. This raunchy, bizarre, smart and compelling sci-fi novel defies description - it's best to go into it with an open mind and allow yourself to be first drawn in, then blown away.' - Rolling Stone `A cool/passionate, gay/straight, male/female, absurd/real, funny/moving, past/present, breezy/profound masterpiece of a book.' - Michael Grant, bestselling author of the GONE series. `If you only read one book this year about sexually confused teens battling 6 foot tall head-chomping praying mantises in small town America, make it this one.' - Charlie Higson, author of the bestselling Young Bond series. 'I devoured @marburyjack's wonderful `cool/passionate' Grasshopper Jungle'. Sally Green, author of Half Bad. `Grasshopper Jungle by Andrew Smith. You must read immediately. It's an absolute joy. Scary, funny, sexy. Trust me.' - Jake Shears, lead singer of The Scissor Sisters `Not for the faint-hearted. Mutant grasshoppers, rampant lust - a tale of teen self discovery that grips like a mating mantis.' - Metro

Andrea Smith is a journalist specialising in social and environmental issues. Amongst other publications, she has written for the Guardian and Sunday Telegraph and Green Futures. She lives in Portsmouth. She is also author of In the News: Food Safety and Farming.