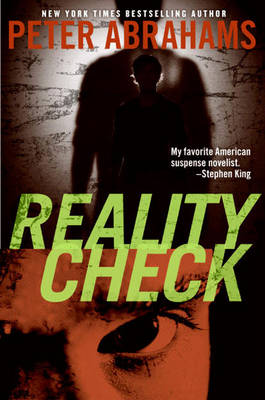 Reviews
Great for age 12-18 years
Will Cody save clea before it's too late? QB of the varsity football team. Passing grades in all his classes. Dating the hottest-and smartest-girl at school. Summer job paying more than minimum wage. Things in Cody's world seem to be going pretty well. Until, that is, his girlfriend, Clea, is sent off to boarding school across the country, and a torn ACL ends his high school football career. But bad things come in threes-or in Cody's case, sixes and twelves-and the worst is yet to come. While limping through town one day, Cody sees a newspaper headline: "Local Girl Missing." Clea, now his ex, has disappeared from her boarding school in Vermont, and the only clue is a letter she sent to Cody the morning of her disappearance. With that as his guide, Cody sets out to find out what happened. Once in Vermont, he unearths the town's secrets-and finds out that football isn't the only thing he's good at. This is another edge-of-your-seat suspense novel by the New York Times bestselling and Edgar Award-nominated author of Down the Rabbit Hole.

There are 352 pages in this book. This book was published 2010 by HarperCollins Publishers Inc .

Peter Abrahams is the bestselling author of adult thrillers that include A Perfect Crime, The Fan (a major Hollywood movie) and Lights Out, for which he received an Edgar Award nomination. Into the Dark is Peter's third book for young readers, and the third in the Echo Falls trilogy.

Other collections by Peter Abrahams 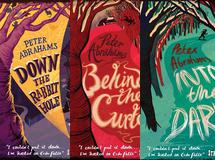