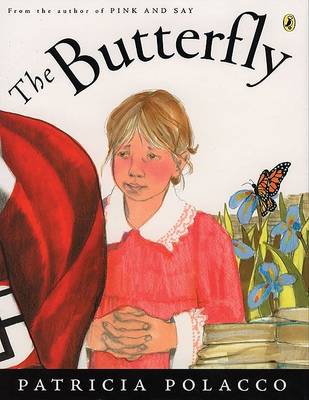 Reviews
Great for age 3-18 years
Ever since the Nazis marched into Monique's small French village, terrorizing it, nothing surprises her, until the night Monique encounters ?the little ghost? sitting at the end of her bed. She turns out to be a girl named Sevrine, who has been hiding from the Nazis in Monique's basement. Playing after dark, the two become friends, until, in a terrifying moment, they are discovered, sending both of their families into a nighttime flight.

There are 48 pages in this book. This is a picture book. A picture book uses pictures and text to tell the story. The number of words varies from zero ('wordless') to around 1k over 32 pages. Picture books are typically aimed at young readers (age 3-6) but can also be aimed at older children (7+). This book was published 2011 by Penguin Putnam Inc .

PATRICIA POLACCO is a New York Times bestselling author and illustrator with over 115 beloved and award-winning books to her credit, including The Keeping Quilt , Pink and Say , The Blessing Cup , Chicken Sunday , and Thank You, Mr. Falker. She resides in Michigan. Learn more about her work at patriciapolacco. com.