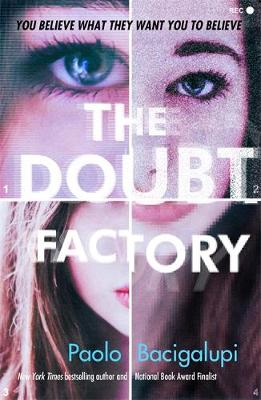 Reviews
Great for age 12-18 years
Everything Alix knows about her life is a lie--at least according to the mysterious young man who's been stalking her. But could her dad really be a bad guy at the helm of an organization that covers up the deadly wrongdoings of some of the country's most rich and powerful? Alix has to make an impossible choice between her father and the young man she's not only falling for, but who's asking her to blow the whistle on the man who raised her. Could someone you have loved and have known for your whole life actually have the heart of a killer?

There are 496 pages in this book. This book was published 2016 by Little, Brown Book Group .

Paolo Bacigalupi's writing has been nominated for the Nebula and Hugo awards and his YA novel, SHIP BREAKER, was shortlisted for the National Book Award. He lives in Western Colorado with his wife and son.