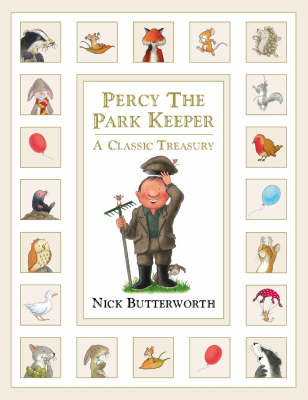 Percy the park keeper loves to spend time with his animal friends, even though his work in the park keeps him very busy. The animals often need Percy's help, and he is always there to lend a hand.

Read about what happened when a chilly fox needed warming up, or when a dirty badger was offered a bath. Find out how Percy helped an unhappy hedgehog hold a balloon, or a squirrel find her lost acorns. Laugh along as the animals take charge whilst Percy is unwell - with unexpected results!

Learn all about Percy, his friend the mole and his friend the owl, in their special tales. Find out where Percy's favourite spot in the park is, what colour the owl likes best and all about the mole's secret friend. Enjoy these stories and more in this classic treasury edition.

This book is part of a book series called Percy the Park Keeper .

There are 240 pages in this book. This is a picture book. A picture book uses pictures and text to tell the story. The number of words varies from zero ('wordless') to around 1k over 32 pages. Picture books are typically aimed at young readers (age 3-6) but can also be aimed at older children (7+). This book was published 2005 by HarperCollins Publishers .

Nick Butterworth was born in Kingsbury, North London in 1946, but moved to Romford in Essex with his parents at the age of three. They moved to run a sweet shop, so Nick found himself fulfilling every child's sugar-coated dream of growing up right inside the proverbial chocolate factory. Having intended to go to art college after leaving school, Nick decided to take a job as a typographic designer in the printing department of the National Children's Home at the last minute instead. He went on to work for several major London design consultancies before moving into freelance graphics. He has also worked as a television presenter on the TV-AM children's programme Rub-a-Dub-Tub and produced a regular illustrated story called Upney Junction for the Sunday Express magazine. At present, Nick concentrates on writing and illustrating his phenomenally successful children's books. Percy The Park Keeper first came to life in One Snowy Night in 1989, which The Sunday Times described as, 'a tremendous and well-deserved success' and The Independent called, 'a heart warming bedtime tale. ' It wasn't just the reviewers who loved Percy and the world of his park - children, parents and teachers alike fell in love with the kind hearted park keeper. More Percy adventures followed and the range now includes 6 hardback books, paperbacks, audio tapes (read by Richard Briers) and a range of activity books. The latest Percy book, Percy's Bumpy Ride was published in October 1999.

Other collections by Nick Butterworth 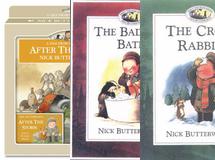 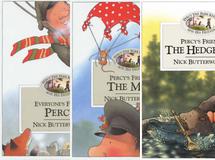 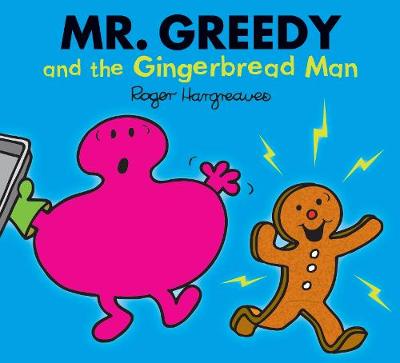 It's perhaps not so surprising to hear that one day Mr. Greedy was feeling ...More 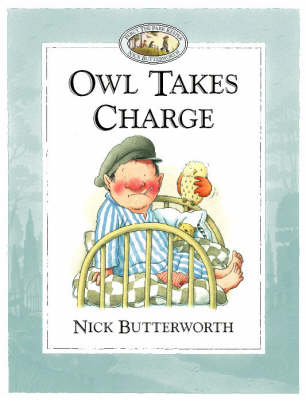 Everyone's favourite, Percy the Park Keeper is now on our screens and this ...More 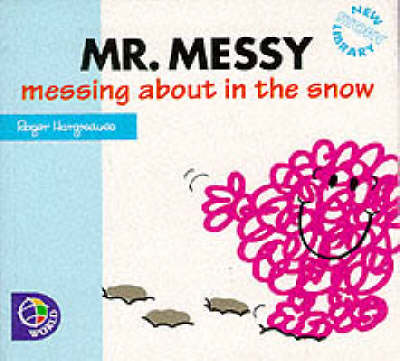 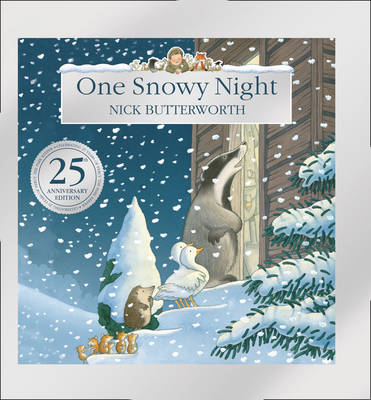 Percy the Park Keeper helps his animal friends in this popular story from h...More