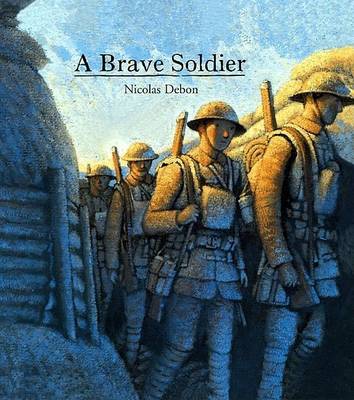 Reviews
Great for age 6-9 years
In August 1914, when war breaks out in Europe, Canadians rush to join the army to fight with the Allies, expecting to be home by Christmas. Everyone thinks the war will be over in a few months. But by the time the war ends in 1918, nearly 10 million soldiers and 13 million civilians are dead. The especially brutal conditions the soldiers face are portrayed in a spare, straightforward style that neither glorifies war nor dwells on the horror. No one reading this book will come away with anything other than sorrow for the tragedy and futility of ?the war to end all wars. Debons well-researched and realistic illustrations add a wealth of texture and detail to this story.

This book has been graded for interest at 6+ years.

There are 32 pages in this book. This book was published 2002 by Groundwood Books .

Laura Scandiffio is the author of several works of non-fiction for children, including both titles in the Kids at the Crossroads series, Aztec and Crusades. Nicolas Debon has illustrated several historical children's books set in Asia, including The Warlord's series by Virginia Walton Pilegard.