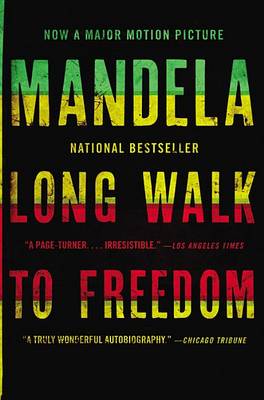 Long Walk to Freedom: The Autobiography of Nelson Mandela

Chris van Wyk was born in Baragwanath Hospital, Soweto in 1957. He was educated at Riverlea High School in Riverlea, Johannesburg where he still lives and works as a full-time writer. He writes poetry, books for children and teenagers, short stories and novels. Nelson Mandela was born in Transkei, South Africa on 18 July 1918. He joined the African National Congress in 1944 and was engaged in resistance against the ruling National Party's apartheid policies for many years before being arrested in August 1962. Mandela was incarcerated for over twenty-seven years, during which his reputation as a potent symbol of resistance to the antiapartheid movement grew steadily. Released from prison in 1990, Mandela won the Nobel Peace Prize in 1993 and was inaugurated as the first democratically elected president of South Africa in 1994. He is the author of the international bestseller Long Walk to Freedom. He passed away on 5 December 2013, aged ninety-five.