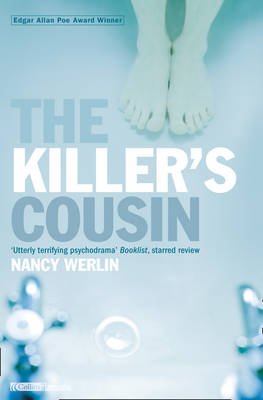 Guilt, murder, ghosts - will David and Lily ever escape the past?

Recently acquitted of accidently killing his girlfriend but still crucified with guilt, 17-year-old David has moved to Massachusetts to complete his senior year of high school. His aunt and uncle have offered him shelter. His attic apartment in their house is full of ghostly shadows at night, his aunt is cold, and his 11-year-old cousin Lily is hostile. As Lily's behaviour becomes more threatening towards him, David wonders what secrets lurk within Lily. The more he thinks about Lily, the more he is forced to deal with his own past. Is Lily a killer too?

There are 240 pages in this book. This book was published 2002 by HarperCollins Publishers .

Nancy Werlin is the New York Times bestselling and award-winning author of The Killer's Cousin , Rules of Survival , Black Mirror , Impossible , and a host of other young adult novels. She lives in Massachusetts.