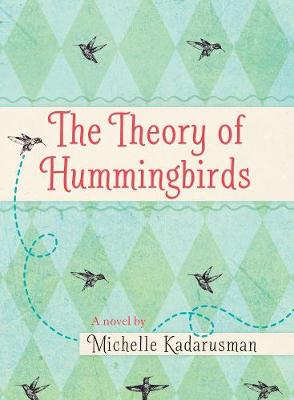 The Theory of Hummingbirds

Reviews
Great for age 8-13 years
"Hummingbirds and angels don't need two good feet. They have wings." That's what Alba's mother always says. Of course, Alba doesn't have wings or two good feet: she has Cleo. Cleo is the name Alba has given to her left foot, which was born twisted in the wrong direction. When she points this out, though, her mother just smiles like the world has some surprise in store she doesn't know about yet. Well, Alba has her own surprise planned. After many surgeries and one final cast, Cleo is almost ready to meet the world straight on-just in time to run in the sixth grade cross-country race. Unfortunately, Alba's best friend Levi thinks there's no way she can pull it off. And she thinks there's no way he's right about the school librarian hiding a wormhole in her office. Tempers flare. Sharp words fly faster than hummingbirds. And soon it looks like both friends will be stuck proving their theories on their own.

There are 160 pages in this book. This book was published 2017 by Pajama Press .

Michelle Kadarusman is a Canadian/Australian/Indonesian author of novels for children and teens, including the award-nominated The Theory of Hummingbirds. Founder of the former literacy charity Raising Readers, Michelle also works with books at her day job with the Scotiabank Giller Prize. Michelle lives in Toronto, Ontario, with her family and one very noisy dog.

Myrca Award
This book was recognised in the Sundogs category by the Myrca Award.

Syrca Awards
This book was recognised in the Diamond Willow category by the Syrca Awards.