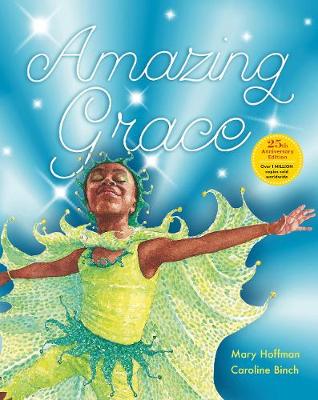 Grace loves to act out stories. Sometimes she plays the leading part, sometimes she is 'a cast of thousands.' When her school decides to perform Peter Pan, Grace is longing to play Peter, but her classmates say that Peter was a boy, and besides, he wasn't black... But Grace's Ma and Nana tell her she can be anything she wants if she puts her mind to it.

This book was recognised by the Coventry Inspiration Book Award.

There are 32 pages in this book. This book was published 2015 by Frances Lincoln Publishers Ltd .

Caroline Binch has illustrated many books for children, including the 'Grace' books by Mary Hoffman. She lives in Cornwall. Mary Hoffman has written more than 70 books. Her previous titles for Dorling Kindersley include Henry's Baby and A First Bible Story Book.