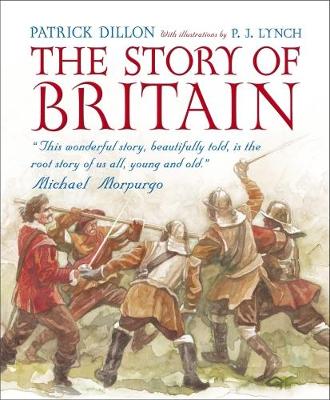 Reviews
Great for age 10-14 years
A narrative history of Britain from 1066 to the end of the 20th century. A magnificent account that celebrates the rich diversity of the people and culture of England, Scotland, Ireland and Wales. All the great events in British history are here - including the signing of Magna Carta, the Fire of London, the Gunpowder Plot, the execution of Charles I, the Battle of Waterloo, the abolition of slavery and the Blitz - as well as others that are less well known but no less important. So are kings, queens, adventurers, freedom fighters, scientists, politicians and visionaries, as well as ordinary people who found themselves doing extraordinary things in extraordinary times.

There are 352 pages in this book. This book was published 2013 by Walker Books Ltd .