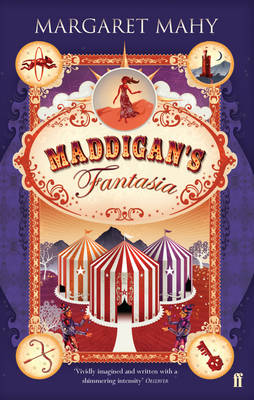 Reviews
Great for age 10-14 years
In a time not far from our own, a colourful group of travellers braves the twisting, unpredictable landscape of a world trying to remake itself years after near-destruction They are the magicians, clowns, trapeze artists and musicians of Maddigan's Fantasia, healing the injured land with wonder and laughter When three mysterious children join the Fantasia - children with uncanny abilities and a secret past - they bring with them powerful enemies who will stop at nothing to hunt them down Soon Garland Maddigan, the 12-year-old daughter of the Fantasia's ringmaster finds herself embroiled in a series of terrifying adventures that will take her within perilous underground tunnels, through the land of the Witch-Finder and across time itself