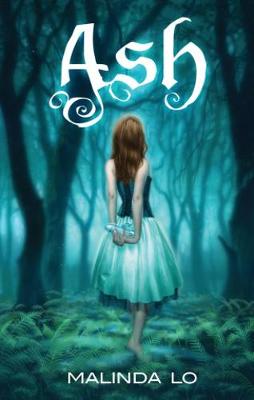 In the world of ASH, fairies are an older race of people who walk the line between life and death, reality and magic. As orphaned Ash grows up, a servant in her stepmother's home, she begans to realise that her beloved mother, Elinor, was very much in tune with these underworld folk, and that she herself has the power to see them too.

Against the sheer misery of her stepmother's cruelty, greed and ambition in preparing her two charmless daughters for presentation at court, and hopefully royal or aristocratic marriage, Ash befriends one of these fairies - a mysterious, handsome man - who grants her wishes and restores hope to Ash's existence, even though she knows there will be a price to pay. But most important of all, she also meets Kaisa, a huntress employed by the king, and it is Kaisa who truly awakens Ash's desires for both love and self-respect ...

ASH is a fairy tale about possibility and recognizing the opportunities for change. From the deepest grief comes the chance for transformation.

There are 304 pages in this book. This book was published 2010 by Hodder & Stoughton General Division .

Malinda Lo is a graduate of Wellesley College and has master's degrees from Harvard and Stanford universities and now lives in a small town in Northern California with her partner and their dog. Ash was her first novel.