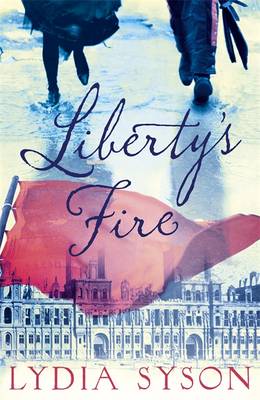 Reviews
Great for age 12-18 years
Paris, 1871. Four young people will rewrite their destinies. Paris is in revolt. After months of siege at the hands of the Prussians, a wind of change is blowing through the city, bringing with it murmurs of a new revolution. Alone and poverty-stricken, sixteen-year-old Zephyrine is quickly lured in by the ideals of the city's radical new government, and she finds herself swept away by its promises of freedom, hope, equality and rights for women. But she is about to be seduced for a second time, following a fateful encounter with a young violinist. Anatole's passion for his music is soon swiftly matched only by his passion for this fierce and magnificent girl. He comes to believe in Zephyrine's new politics - but his friends are not so sure. Opera singer Marie and photographer Jules have desires of their own, and the harsh reality of life under the Commune is not quite as enticing for them as it seems to be for Anatole and Zephyrine. And when the violent reality of revolution comes crashing down at their feet, can they face the danger together - or will they be forced to choose where their hearts really lie?

This book has been graded for interest at 16+ years.

Lydia Syson is a fifth-generation North Londoner who now lives south of the river. She is working through her ambitions in a disorderly fashion. The publication of her first novel, A WORLD BETWEEN US, has taken a good few decades. During this time she went from being a BBC World Service radio listener in Botswana to a producer in London, and then became a non-medical doctor and mother of four. She also wrote a biography of Britain's first fertility guru, DOCTOR OF LOVE: JAMES GRAHAM AND HIS CELESTIAL BED, learning a lot about enlightenment sex in the process. Getting to Timbuktu is still on the 'to do' list - it was the subject of her PhD thesis - but bilingualism and Hollywood musical stardom are looking increasingly unlikely. You can follow Lydia on www. lydiasyson. com or on Twitter: @lydiasyson

Telegraph Best YA Books: 2015
Europe in fiction
Love And Romance in fiction