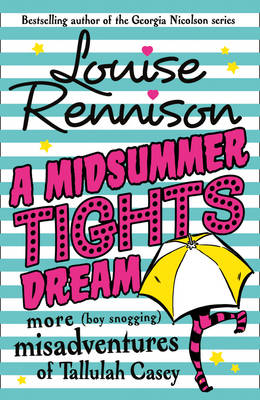 
volume 2, The Misadventures of Tallulah Casey

Reviews
Great for age 11-18 years
The sequel to Withering Tights - winner of the Roald Dahl Funny Prize 2010 - The second book in the hilarious series from the original Queen of Teen. You'll laugh your tights off . . .

Tallulah's triumphant Heathcliff in `Wuthering Heights' the comedy musical was enough to secure her place at Dother Hall Performing Arts College for another term. She can't wait to see her pals again, Charlie and the boys from Woolfe Academy and maybe even bad-boy Cain...

Could the bright lights of Broadway be calling? And for who?

Find out in the next Misadventures of Tallulah Casey...

"I don't know how, but Louise Rennison has done it again. Tallulah is even funnier, warmer, and sweeter than her cousin Georgia Nicolson. I fell in love with Withering Tights, and you will too!" - Meg Cabot, author of The Princess Diaries and Abandon series

This is volume 2 in The Misadventures Of Tallulah Casey .

There are 336 pages in this book. This book was published 2012 by HarperCollins Publishers .

Louise Rennison is the bestselling award-winning author of the phenomenally successful 'Confessions of Georgia Nicolson' series, translated into over 34 languages and to the stage and big screen as 'Angus, Thongs and Perfect Snogging'. She has won the Nestle Smarties Book Prize, the Michael L. Printz Honor Book and the Roald Dahl Funny prize for 'Withering Tights'.

The Misadventures of Tallulah Casey 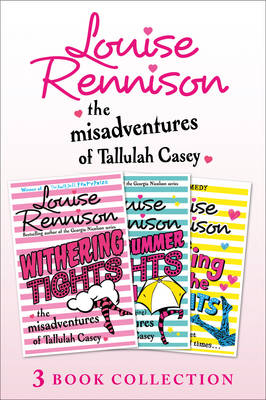 Three hilarious Tallulah Casey novels by the original Queen of Teen and bes...More 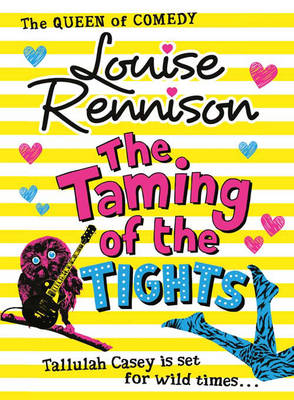 Let your tights run wild and free in the hilarious conclusion to this laugh...More