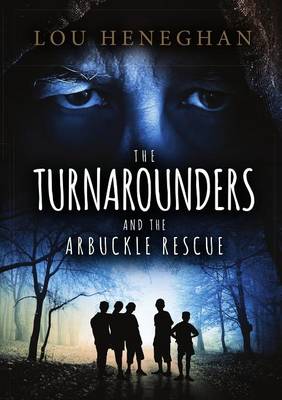 Turnarounders and the Arbuckle Rescue

Reviews
Great for age 12-18 years
Ralf Osborne lives with his Great Aunt Gloria who eats pigeons and talks to people who arent there. Ralf just wants to be a normal boy but, as his twelfth birthday approaches, he starts to recognise people hes never met before and know things he cant possibly know. He also suspects that the mysterious hooded man he keeps seeing is following him. He is. Why? Because Ralf Osborne is far from normal. Ralf has lived before. The hooded man is Old Father Time and, at a shocking meeting, he reveals Ralf is one of The Turnarounders ? a group of special children who, in a previous incarnation, made a solemn promise that it is now time to keep. Soon Ralf and the other Turnarounders are plunged back into their previous lives in a tiny Kent fishing village at the start of World War II. At first, they are only concerned about getting back home, but soon they uncover a mystery that could alter the course of history__

There are 411 pages in this book. This book was published 2014 by Natus Publishing .