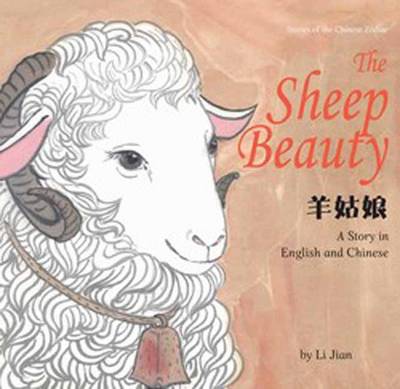 The Sheep Beauty: A Story in English and Chinese

Reviews
Great for age 3-6 years
The kindness and generosity of those born under the sign of the sheep in the Chinese zodiac is brought to life in this heartwarming multicultural fairy tale.

Long, long ago, there lived a kind physician. He lived on a mountain in a small Chinese village where he practiced traditional Chinese medicine for all the villagers. On his way home one day, he found an injured sheep, rescued it and brought it home where he nursed the sheep back to life.

One evening, after the sheep had been living with the physician for some time, a beast barged into the village, demanding payment of each household in the form of one child. If the villagers refused to hand over their children, the beast would eat everyone!

In the blink of an eye, the rescued sheep transforms into a lovely girl, who, with a clever plan, manages to frighten the beast away and keep everyone in the village safe from harm. And so, with one simple act of kindness, an entire village is saved, reminding us that every action, no matter how small, has consequences.

Other books in the Chinese Zodiac Series (as well as the year of that animal) include:

There are 42 pages in this book. This is a picture book. A picture book uses pictures and text to tell the story. The number of words varies from zero ('wordless') to around 1k over 32 pages. Picture books are typically aimed at young readers (age 3-6) but can also be aimed at older children (7+). This book was published 2014 by BetterLink Press Incorporated .