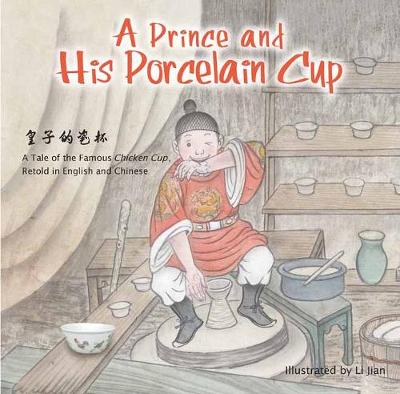 Prince and His Porcelain Cup: A Tale of the Famous Chicken Cup

Reviews
It tells the tale of a little emperor who learned to appreciate the fine art of porcelain while recreating his mother's favourite cup. Porcelain evolved in China over 1200 years ago and this book explains how it's made and its importance in Chinese history. Written in English and Chinese, this beautiful story follows the young emperor's journey from being ousted from the palace to his time in a ceramics workshop and to his victorious return to the palace as emperor. After admiring a famous painting of A Hen and Her Chicks, he designs a small porcelain cup with a rooster representing his brave father, a hen symbolizing his kind mother, and chicks that signified the young prince. Known as the Chicken Cup, this Ming Dynasty piece was recently sold at auction for an unprecedented $36 million in 2014. The Chinese words for chicken and lucky sounds like Ji which is why the chicken motif is thought to be a symbol of good luck and prosperity.

There are 42 pages in this book. This book was published 2018 by Shanghai Press .