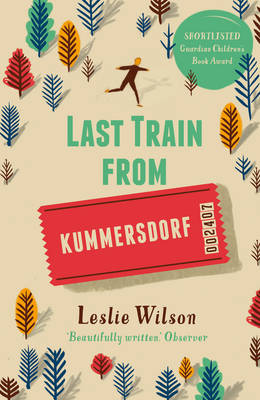 Reviews
Great for age 12-18 years
Set in Germany in 1945, this is the story of a boy, Hanno, and a girl, Effi. Hanno is on the run, having just seen his twin brother killed. Effi is streetwise. She has learned the hard way that she must keep her secrets to herself - and she's even less keen to trust Hanno when she finds out he is a policeman's son. But there are far more dangerous people on the road, Russian soldiers, German deserters - and Major Otto, who likes to play games with people before he kills them. This new edition of an exceptional tale of courage, ingenuity, and the remarkable bonds formed during wartime will keep you gripped right up to the very last page.

Leslie Wilson grew up in the Lake District with a German mother and an English father. She has always spoken German, has made many visits to Germany and lived there for a while. She has also lived in Hong Kong. She has two daughters.