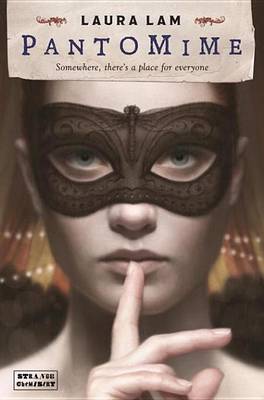 Reviews
Great for age 12-18 years
R.H. Ragona's Circus of Magic is the greatest circus of Ellada. Filled with wonders beyond the wildest imagination, tt's a place where anything seems possible, where if you close your eyes you can believe that magic still exists. It's a place where anyone can hide. Iphigenia Laurus, or Gene, the daughter of a noble family, is uncomfortable in corsets and crinoline, and prefers climbing trees to debutante balls. Micah Grey, a runaway living on the streets, joins the circus as an aerialist's apprentice. But Gene and Micah have balancing acts of their own to perform, and a secret in their blood that could unlock the mysteries of Ellada.

Laura Lam was raised near San Francisco, California by two former Haight-Ashbury hippies. She relocated to Scotland in 2009 to be with her husband, whom she met on the internet when he instant messaged her and insulted her taste in books. She almost blocked him but is glad she didn't. At times she misses the sunshine.

LGBT
The B of LGBTQ
Gender Identity
The LGBTQ Collection