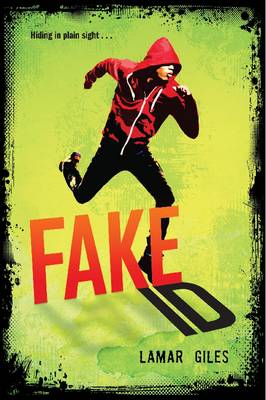 Nick Pearson is hiding in plain sight. In fact, his name isn't really Nick Pearson. He shouldn't tell you his real name, his real hometown, or why his family just moved to Stepton, Virginia. And he definitely shouldn't tell you about his friend Eli Cruz and the major conspiracy Eli was uncovering when he died. About how Nick had to choose between solving Eli's murder with his hot sister, Reya, and "staying low-key" like the Program said to do.

There are 336 pages in this book. This book was published 2015 by HarperCollins Publishers Inc .

Lamar Giles writes for teens and adults. He is the author of the Edgar Award finalists Fake ID and Endangered as well as the critically acclaimed Overturned, Spin, and The Last Last-Day-of-Summer. He is a founding member of We Need Diverse Books and resides in Virginia. Visit him online at www. lamargiles. com.