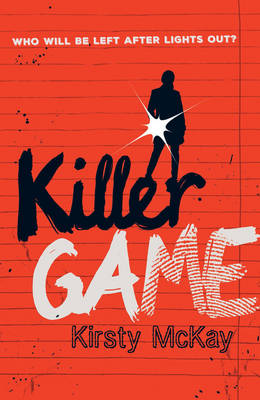 Reviews
Great for age 12-18 years
At Cate's isolated boarding school, Killer Game is a tradition. Only a select few are invited to play. They must avoid being 'killed' by a series of thrilling pranks, and identify the 'murderer'. But this time, it's different: the game stops feeling fake and starts getting dangerous - and Cate's the next target. Can they find the culprit . before it's too late?

There are 262 pages in this book. This book was published 2015 by Scholastic .

Kirsty McKay (Author) Kirsty McKay is a former actress, and has written several children's plays for commercial theatre in the UK and North America. In 2008 she won SCBWI's competition to find new writers. She lives in Boston with her young family. Chris Judge (Illustrator) Chris Judge is an illustrator and painter based in Dublin. His work has appeared in advertising, newspapers, magazines and exhibitions around the world. His debut picture book, The Lonely Beast, won the Irish Children's Book Award in 2011.