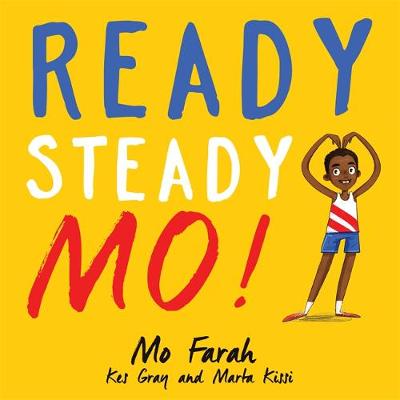 From Olympic gold medal winner Mo Farah and bestselling author of Oi Frog!, Kes Gray, comes a fun and action-packed picture book that will get kids reading, and running too!

Run on the pavement
Run on the grass
Run in the playground
Perhaps not in class!

The perfect book to share and read aloud. With vibrant illustrations and a rhyming text.

The nation watched with bated breath as Mo Farah seized Olympic gold in the 10,000m and 5000m - he's been a national treasure ever since. In this adventurous picture book father of three, Mo Farah, combines two lifelong passions - literacy and exercise.

There are 32 pages in this book. This is a picture book. A picture book uses pictures and text to tell the story. The number of words varies from zero ('wordless') to around 1k over 32 pages. Picture books are typically aimed at young readers (age 3-6) but can also be aimed at older children (7+). This book was published 2016 by Hachette Children's Group .