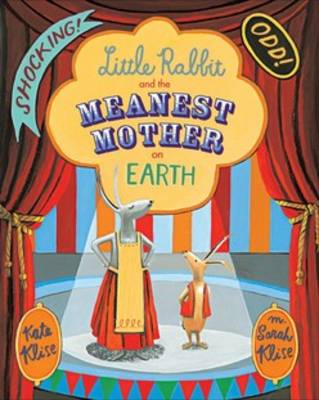 Little Rabbit and the Meanest Mother on Earth

Reviews
Great for age 3-6 years
Charmingly off-kitter, with emotions that are spot-on. Publishers Weekly. Little Rabbit hears the drums. He watches the performers parade by. He really wants to go to the circus! But his mother says he may go only after he cleans his disastrously messy playroom. Little Rabbit tries, but it's no use. There's only one thing to do: sneak out. And he now has an act for the circus: Behold! The Meanest Mother on Earth! She has two heads. And green teeth. She's terrifying! Well, Mother Rabbit is tough...but only because she loves her child. Plus, she has an ingenious plan on how to get the Messiest Room on Earth tidy!

There are 32 pages in this book. This is a picture book. A picture book uses pictures and text to tell the story. The number of words varies from zero ('wordless') to around 1k over 32 pages. Picture books are typically aimed at young readers (age 3-6) but can also be aimed at older children (7+). This book was published 2015 by Houghton Mifflin .

M. Sarah Klise 's illustrations have appeared in picture books and novels written by her sister, Kate Klise. She lives in Berkeley, California, with her family.

Other collections by Kate Klise 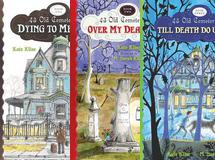