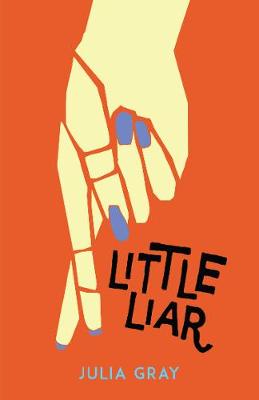 Reviews
Great for age 12-18 years
Shortlisted for CrimeFest Best Crime Novel for Young Adults 2019. Nora has lied about many things. But has she told her most dangerous lie of all? There's a new art assistant at Nora's school, and he's crossed a line. Nora decides to teach him a lesson he won't forget. But not everything goes quite to plan, and Nora needs an escape. She befriends the rich and talented Bel, who longs for a part in a remake of a famous film. Bel is unpredictable, jealous and crazy, but she opens up a new world for Nora, and that makes her irresistible. As events start to spin wildly out of control, Nora must decide where her loyalties lie - and what deceits she can get away with.

There are 384 pages in this book. This book was published 2018 by Andersen Press Ltd .

Julia Gray is a writer and singer-songwriter. She studied Classics at UCL and has a diploma in Children's Literature and an MA in Creative Writing from Birkbeck, for which she received the Sophie Warne Fellowship. She has released three albums with the trip-hop/jazz collective Second Person, and more recently two solo albums, I Am Not The Night and Robber Bride.