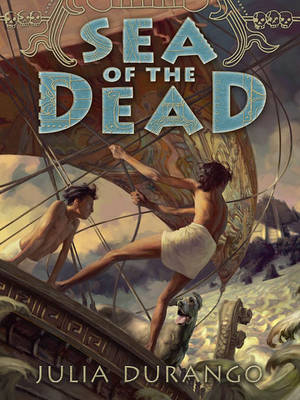 Sea of the Dead

This book was published 2009 by Simon & Schuster Books for Young Readers .

Julia Durango resides in Ottawa, Illinois, where she wrote a weekly book review column for children. She is the mother of two sons and is the author of Dream Hop , illustrated by Jared Lee, as well as Pest Fest , illustrated by Kurt Cyrus. Her work also includes Go-Go Gorillas , a sequel to Cha-Cha Chimps , both illustrated by Eleanor Taylor and Dream Away, illustrated by Robert Goldstrom. Her first novel The Walls of Cartagena was a Junior Library Guild Selection. Her most recent novel is entitled Sea of the Dead . She is a contributor the Three Silly Chicks blog and lives in Ottawa, Illinois.

Exploration And Discovery in fiction

Golden Kite
This book was recognised in the Fiction category by the Golden Kite.