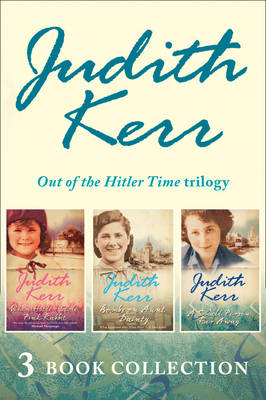 Out of the Hitler Time trilogy: When Hitler Stole Pink Rabbit, Bombs on Aunt Dainty, A Small Person Far Away

An omnibus edition of Judith Kerr's internationally acclaimed trilogy, When Hitler Stole Pink Rabbit, Bombs on Aunt Dainty and A Small Person Far Away, we see the world through Anna's eyes as she grows up - from her much loved family to Hitler's holocaust.

Anna was a German child when she had to flee from the Nazis before the War. By the time the bombs began to fall she was a stateless adolescent in London, and after it was all over she became a happily married Englishwoman who thought she had put the past behind her.

This omnibus edition of the three volumes of Judith Kerr's Hitler trilogy, tells her story beginning with the rise of Hitler in 1933 through to her return to Berlin years after the war.

There are 800 pages in this book. This book was published 2015 by HarperCollins Publishers .