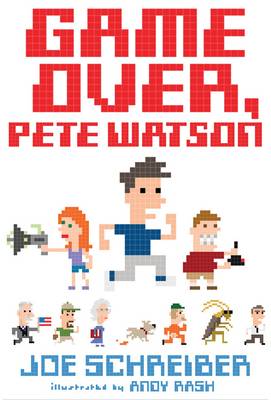 Reviews
Great for age 9-13 years
Stormbreaker meets Diary of a Wimpy Kid in this hysterically funny, fast-paced novel that follows video game obsessed Pete Watson as he discovers the only thing scarier than espionage is the girl of his dreams. Mega-gamer Pete Watson needs just twenty dollars more to buy the all-new Brawl-A-Thon 3000 XL. So he sells a beat-up CommandRoid 85 arcade game containing top-secret government intel! owned by his boring old dad super-spy trapped inside the CommandRoid!, to an exterminator evil mastermind bent on global destruction!!! Pete's gaming skills are put to the test as he fights evil villains, giant mechanical bugs, and a global cyberattack from within the CommandRoid. And tries to impress Callie Midwood with his skills, or whatever.

There are 224 pages in this book. This book was published 2015 by Houghton Mifflin .