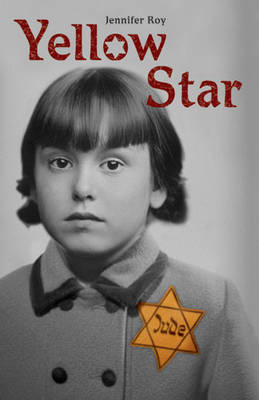 Reviews
Great for age 8-18 years
In 1939, the Germans invaded the town of Lodz, Poland, and moved the Jewish population into a small part of the city called a ghetto. As the war progressed, 270,000 people were forced to settle in the ghetto under impossible conditions. At the end of the war, there were 800 survivors. Of those who survived, only twelve were children. This is the story of Sylvia Perlmutter, one of the twelve.

There are 224 pages in this book. This book was published 2009 by Frances Lincoln Publishers Ltd .

Jennifer Roy is the author of more than thirty books for children and young adults, including Israel: Discovering Cultures. A former teacher, she holds a BS in Psychology and an MA in Elementary Education. Yellow Star is based on the childhood of Jennifer's aunt Sylvia, who provided extensive interviews as the author was writing this book. Jennifer lives in New York.