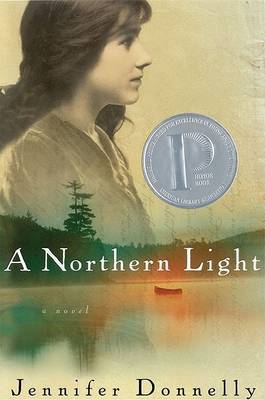 Reviews
Great for age 12-18 years
While working at the local hotel, the drowned body of a young woman washes onto the shore and gets Mattie thinking again of the loss of her mother, her familys struggles, and her unhappy life in her small community, but when she reads the girls letters, Mattie is inspired and becomes determined to follow her dream of moving to New York City to become a writer. 50,000 first printing.

There are 400 pages in this book. This book was published 2003 by Harcourt Children's Books .

Jennifer Donnelly lives in Brooklyn, New York. This is her first novel and marks the beginning of an incredibly assured and confident literary voice.