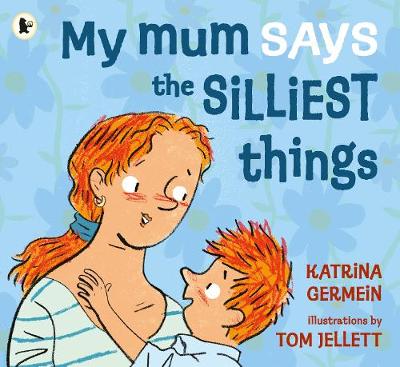 My Mum Says the Silliest Things

There are 32 pages in this book. This is a picture book. A picture book uses pictures and text to tell the story. The number of words varies from zero ('wordless') to around 1k over 32 pages. Picture books are typically aimed at young readers (age 3-6) but can also be aimed at older children (7+). This book was published 2015 by Walker Books Ltd .

Katrina Germein is an award-winning picture-book author from Australia; her previous titles include My Dad Thinks He's Funny. When she's not writing, she loves swimming in the ocean with her three children. www. katrinagermein. com Tom Jellett is an illustrator whose work has appeared in several books - including My Dad Thinks He's Funny - as well as in The Australian and the Daily Telegraph. He lives in Sydney, Australia. www. tomjellett. com Tom Jellett is an award-winning children's book illustrator. He is based in Sydney, Australia.

Parents in fiction
Imagination And Play in fiction