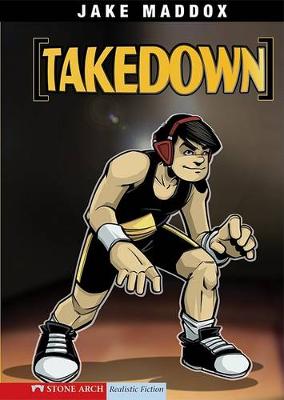 There are 63 pages in this book. This book was published 2008 by Capstone Press .

Thomas Kingsley Troupe has written more than thirty children's books. His book Legend of the Werewolf (Picture Window Books, 2011) received a bronze medal for the Moonbeam Children's Book Award. Thomas lives in Woodbury, Minnesota with his wife and two young boys. Sean Tiffany has worked as an illustrator for more than twenty-five years. He has illustrated more than sixty children's books for Capstone and has been an instructor at the famed Joe Kubert School in northern New Jersey. He mixes his love of comics, art, and rock and roll in the multimedia project OilCan Drive. Raised on a small island off the coast of Maine, Sean now resides in Boulder, Colorado with his wife, Monika, their son, James, and a house full of entirely too many guitars.

Wrestling in fiction
Emotions And Feelings in fiction