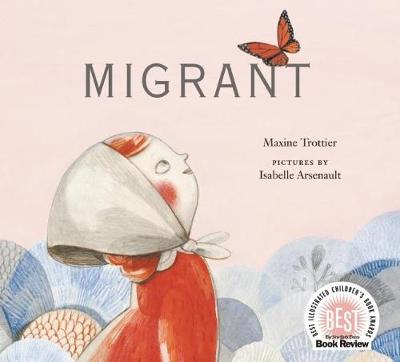 Reviews
Great for age 3-8 years
Anna is the child of Mennonites from Mexico, who have come north to harvest fruit and vegetables. Sometimes she feels like a bird, flying north in the spring and south in the fall, sometimes like a jackrabbit in an abandoned burrow, since her family occupies an empty farmhouse near the fields, sometimes like a kitten, as she shares a bed with her sisters . . . But above all Anna wonders what it would be like to be a tree rooted deeply in the earth, watching the seasons come and go, instead of being like a "feather in the wind."

This book was recognised in the Illustrated category by the Governor General's Literary Award.

This book has been graded for interest at 4-7 years.

There are 32 pages in this book. This is a picture book. A picture book uses pictures and text to tell the story. The number of words varies from zero ('wordless') to around 1k over 32 pages. Picture books are typically aimed at young readers (age 3-6) but can also be aimed at older children (7+). This book was published 2011 by Groundwood Books .

A prolific writer and educator, Maxine Trottier makes history come alive in picture books and novels for young readers. Her award-winning titles include Claire's Gift , The Paint Box , and Prairie Willow . Maxine's books have earned the Canadian Library Association's Book of the Year, the Mr. Christie's Book Award and twice the Ontario Woman Teacher's Federation Writing Award. Born in Michigan, Maxine is a dual citizen of Canada and the U. S. and makes her home in Port Stanley, Ontario. Isabelle Arsenault has illustrated several children's books, including Spork, My Letter to the World and Other Poems and Mr. Gaugin's Heart. She has received many awards for her work, including the Governor General's Award for Illustration. She lives in Montreal, Quebec. 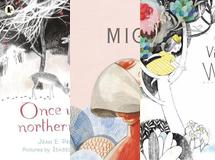