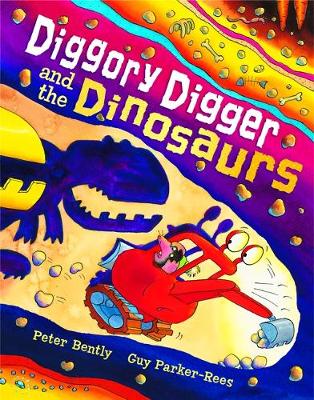 Diggory Digger and The Dinosaurs

Diggory and his faithful friend Morris the Mole have found a very mysterious tunnel and are itching to investigate. Down, down they go until they come across a rather stubborn boulder blocking their path ...

Then the boulder went GRUNT!

Then it snorted and growled!

Then it opened one eye, then another and HOWLED!

Diggory cried, `That's no boulder before us!'

The perfect read for everyone who loves diggers and dinosaurs; brilliant for kids aged 3 and up. Children who enjoyed The Shark in the Dark, The Great Sheep Shenanigans, and the Great Dog Bottom Swap will love Diggory Digger.

Peter Bently is the award-winning, best-selling picture book author of Shark In The Dark, Lark In The Ark, The Great Dog Bottom Swap and Cats Ahoy! Bently was awarded the 2011 Roald Dahl Funny Prize for Cats Ahoy! In the `Funniest book for under sixes' category.

Guy Parker-Rees was described in the Rough Guide to Children's Books as being `One of the most exciting young artists in the children's book world.' Notable successes include Giraffes Can't Dance, written by Giles Andreae (Orchard Books) which celebrated its 15th anniversary in 2014 and Spookyrumpus, written by Tony Mitton (Orchard Books), which has won three awards since being published. Guy lives in Brighton with his wife and three children.

This book has been graded for interest at 3-5 years.

There are 32 pages in this book. This is a picture book. A picture book uses pictures and text to tell the story. The number of words varies from zero ('wordless') to around 1k over 32 pages. Picture books are typically aimed at young readers (age 3-6) but can also be aimed at older children (7+). This book was published 2013 by Egmont UK Ltd (eBooks) .

Guy Parker-Rees has illustrated numerous books for children, including the bestselling sensation Giraffes Can't Dance . He lives in Brighton, England, and he invites you to visit him online at guyparkerrees. com. Peter Bently has written lots of fiction for young children and especially enjoys writing about animals. 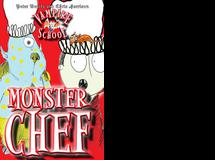