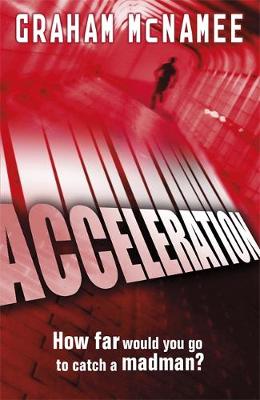 It's a hot summer and in the depths of the Toronto Transit Authority's lost and found, 17-year-old Duncan is cataloguing misplaced belongings. And between Jacob, the cranky old man who runs the place, and the endless dusty boxes overflowing with stuff no one will ever claim, Duncan has just about had enough. Then he finds a little leather book filled with the dark and dirty secrets of a twisted mind, a serial killer stalking his prey in the subway. And Duncan can't stop reading. What would you do with a book like that? How far would you go to catch a madman?

A chilling, thrilling read for fans of mysteries and suspense - highlighted during World Book Night 2014.

There are 224 pages in this book. This book was published 2013 by Hachette Children's Group .

Graham McNamee grew up in Toronto and now lives in Vancouver. He has worked in bookshops, libraries, a book-binding factory and, of course, a Lost Property office! He is extremely shy and his hobbies are drawing and photography.

Edgar Allen Poe Award for YA
Boy And Man in fiction