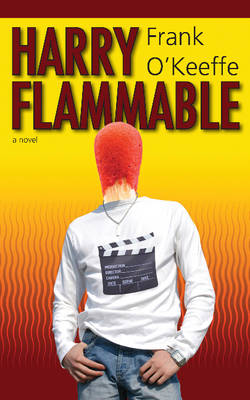 Despite a disastrous attempt at driving a bike through a burning refrigerator box in second grade, high schooler Harry Flanagan never gives up his goal of becoming a movie star or at least a stuntman. However, since the bicycle episode, it seems as if fires pop up everywhere Harry goes, earning him the infamous nickname of "Harry Flammable."

Now a shed at Harry's school has been set on fire, destroying Work Experience Counsellor Shamberg's new mountain bike - and Harry's charred cap was found at the scene. Harry's dream Work Experience placement with Pocket Money Pictures is given to another student, and Harry is forced to take a position with Chef Antonio at the restaurant in The Ritz, the hotel Pocket Money Pictures' staff is staying at while filming a historical adventure flick set in China.

Will Harry find a new way into the movie of his dreams, or will he be forced to endure a placement he hates and an inevitable kitchen fire ... or two?

This book was recognised by the Top Grade Canlit for the Classroom Selection.

There are 176 pages in this book. This book was published 2013 by Dundurn Group Ltd .

Frank O'Keeffe moved to Canada from Dublin, Ireland, shortly after finishing high school. He has published several children's and juvenile novels, including If It Rains Again Tomorrow Can We Go Home? , Weekend at the Ritz , and Nancy Nylen , which was shortlisted for the R. Ross Annett Award for Children's Literature. Frank now lives in Calgary, Alberta.