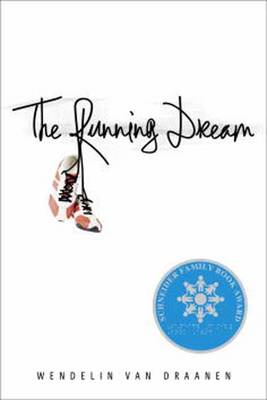 Reviews
Great for age 12-18 years
The acclaimed author of Flippeddelivers a powerful and healing story thats perfect for the millions who watch the Olympics or anyone whos ever thought that something was impossible. Readers will revel in the story of a girl who puts herself back togetherand learns to dream bigger than ever beforeafter shes told shell never run again. Jessica thinks her life is over when she loses a leg in a car accident. She's not comforted by the news that she'll be able to walk with the help of a prosthetic leg. Who cares about walking when you live to run?As she struggles to cope with crutches and a first cyborg-like prosthetic, Jessica feels oddly both in the spotlight and invisible. People who don't know what to say, act like she's not there. Which she could handle better if she weren't now keenly aware that she'd done the same thing herself to a girl with CP named Rosa. A girl who is going to tutor her through all the math she's missed. A girl who sees right into the heart of her.With the support of family, friends, a coach, and her track teammates, Jessica may actually be able to run again. But that's not enough for her now. She doesn't just want to cross finish lines herselfshe wants to take Rosa with herWinner of the Schneider Family Book AwardFrom the Hardcover edition.

There are 352 pages in this book. This book was published 2012 by Random House USA Inc .

Wendelin van Draanen has been everything from a forklift driver to high school teacher and now is enjoying life as a full-time writer. The first four books in the Sammy Keyes mystery series have been embraced by critics and readers alike.