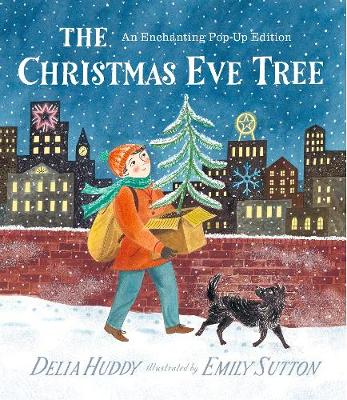 Reviews
Great for age 3-9 years
A delightful midi-edition of the bestselling picture book The Christmas Eve Tree, including a stunning pop-up - coming just in time for Christmas! A magical midi-edition of Delia Huddy and Emily Sutton's poignant, exquisitely illustrated Christmas story, with a beautiful pop-up cityscape. When the ugly little fir tree is taken to the city, no one wants to buy him; they prefer the big tall trees. But a homeless boy asks the shopkeeper if he can take the tree, and down by the river in a cardboard box, decorated with a few candles, the tree finds itself at the centre of a magical Christmas Eve it will never forget. With a stunning pop-up of a snowy city skyline, this is a Christmas tale with a classic feel but a modern theme at its heart.

There are 40 pages in this book. This is a picture book. A picture book uses pictures and text to tell the story. The number of words varies from zero ('wordless') to around 1k over 32 pages. Picture books are typically aimed at young readers (age 3-6) but can also be aimed at older children (7+). This book was published 2017 by Walker Books Ltd .

Delia Huddy was an author of chidlren's fiction and picture books, including the novels The Nearly Ghost Baby and Time Piper. As well as writing, she worked as an editor and publishing director in children's publishing. She died in 2005. Sue Heap is an award-winning illustrator whose titles include the Smarties Book Prize Gold Award-winning Cowboy Baby, its sequel, Cowboy Kid, and Let's Play Fairies. She lives in Chipping Norton, Oxfordshire. Amy de la Haye is the Rootstein Hopkins Professor of Dress History and Curatorship at the London College of Fashion and was formerly Curator of 20th Century Fashion at the V&A. Emily Sutton studied illustration at Edinburgh College of Art and Rhode Island School of Design. 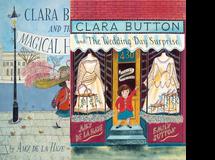